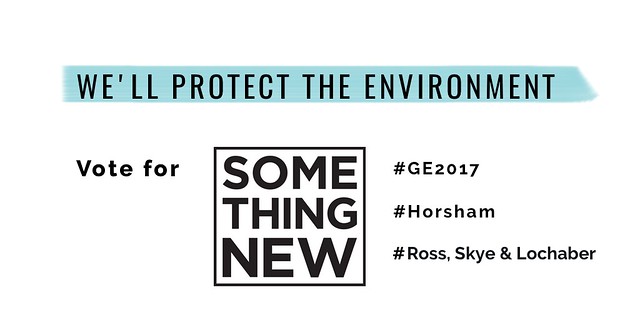 The Earth is our source of life. We will honour our commitments to international agreements on climate change, end fossil fuel subsidies and fossil fuel extraction and invest heavily in renewable energy.

We believe strongly that we are citizens of the world, that we have huge global challenges to face. Threats that don’t care about borders, race or religion and can only be dealt with collaboratively. As a party built on collaboration and consensus this comes naturally to us.

Climate change is real, whether or not you dispute if it’s man-made, it’s happening - we know it’s here and we know what we need to deal with it, so let’s get on and deal with it. To start with, we will meet - but ideally beat - our international commitments to reducing carbon dioxide emissions. We’ll also decarbonise the energy supply by 2030, moving our energy sources to renewables and nuclear.

Whilst doing this we must provide more certainty for business and wider society to help them deal with the impact. Providing a functioning national carbon trading scheme will allow us to do so, and we’ll legislate to make carbon budgets legally binding.

We can tackle climate change at home too. We’ll embark on a nationwide investment in home insulation, which will have the effect of massively reducing energy consumption in households across the country. Many households also carry solar panels or other self-generation methods, and we’ll support these with a simple and effective buy-back scheme, making energy generation much more collective. We’ll follow our own example, too - requiring all public services to source their energy from renewable sources.

To tackle climate change and protect the environment we need a brave government that will stand up to the vested interests of the fossil fuel industry, ignore borders and do what’s necessary to protect our ability to live and breath on this planet.