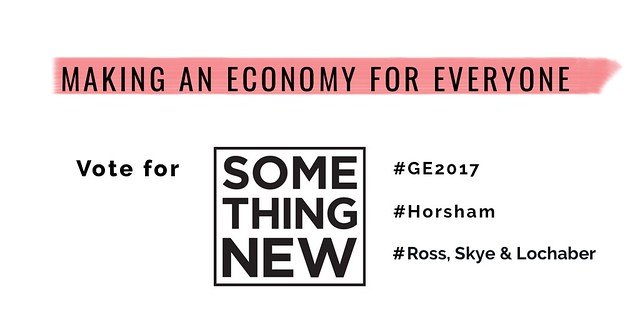 Instead of starving our economy through austerity, we’ll invest in it! The minimum wage will be a living wage, we’ll create a national investment bank instead of handing out free money to big banks and we’ll invest in new jobs in green technology not white elephants.

As we approach the ten year anniversary of the financial crash, wages have still not recovered to their pre-recession levels. The cause is an political choice to pursue ideological austerity which has slowed our economy down. It’s an economy where millions earn less than the living wage - an amount that even the government acknowledges is needed for people to have a decent life. Our vision is that of a state that makes the minimum wage a living wage, rising automatically every year to meet need.

Of course, when the financial crash happened - caused by reckless practices in the major banks both here and across the world - our government chose to create billions in new money and hand it over to those banks, with few restrictions. Where did it go? Bankers bonuses, while branches were closed and public services were cut. Governments should invest not in banking, but in growth, and that means in industries that have the potential for job creation and for tackling the long-term problems that we face as a society. A national investment bank will do that, by investing in essential infrastructure and the technology we need to succeed in the future.

Tackling big global issues is important too, if we are to have a prosperous long term future. We’ll end fossil fuel subsidies and invest heavily to meet (and aim to beat) our internationally agreed emissions targets. We’ll invest in home insulation projects to reduce energy consumption and introduce a functioning carbon trading scheme, providing certainty for business.

It’s also the responsibility of government to invest in the health of citizens - an unhealthy public is an unhealthy society and economy. We’ll legislate to guarantee funding for health and social care, and budget increases at least in line with inflation. We’ll bring dentistry under the NHS to tackle poor oral health, and we’ll abolish parking charges at hospitals. To encourage healthier lifestyles and reduced reliance on cars, we’ll invest in safe cycling infrastructure.

We’ll invest in children too by making childcare vouchers more available to lower earners, restoring Sure Start centres and abolishing tuition fees. And while the nature of work changes, we’ll invest in continuing education so that adults can re-skill and continue to find new work opportunities.

Rail transport has suffered a great deal from privatisation with rising fares and worsening quality while train operating companies make huge profits off the back of government subsidy. We’ll end this scandal by removing profit from the railways. The subsidies would instead be spent on improving the network, completing electrification, building a meaningful high-speed rail network that directly connects our major cities with Europe instead of HS2, and re-open lines closed by the Beeching cuts where feasible.

It’s the job of government to invest in growth, not starve public services. Something New will be a courageous government focused on prosperity for all.