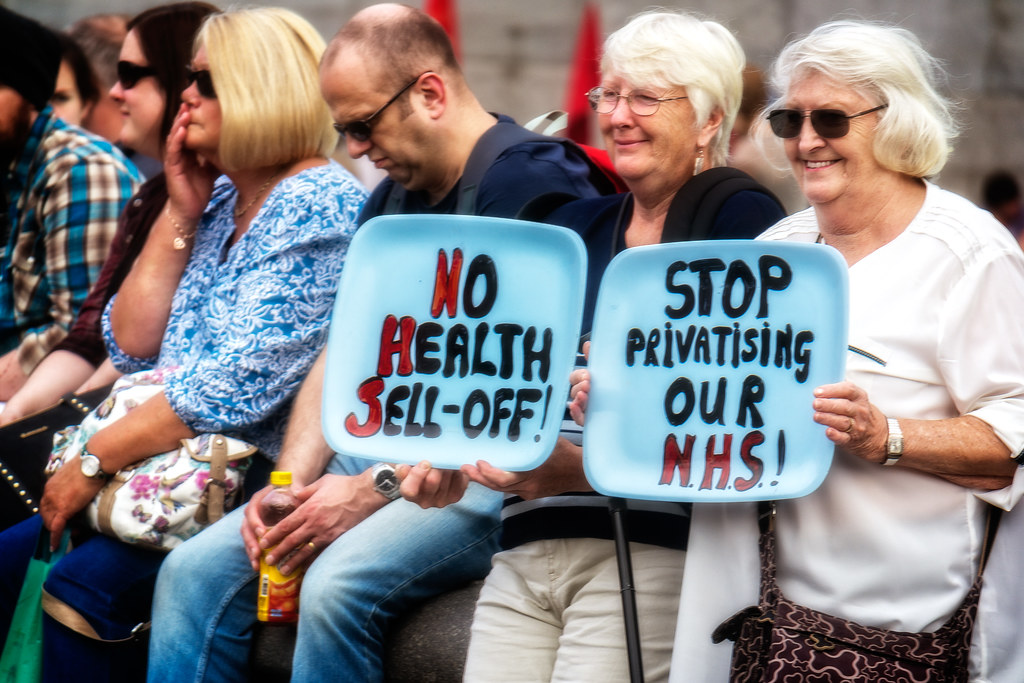 Free to use and free from political interference and profiteering. We don’t trust politicians with the NHS - we’ll make it independent and protect its funding, ending the cuts and privatisation.

The NHS always ends up being a political football whether there is an election on or not. Party after party promises to “protect the NHS”, but they miss one crucial piece that would make the promise worthwhile - who they’re protecting it from.

From 1997 onwards we’ve seen the increasing involvement of privately-run, for-profit enterprises taking over delivery of NHS services. From 2010 the NHS was forced into one of the biggest top-down re-organisations it’s ever seen, despite promises that wouldn’t happen, and doctors and nurses have had real-terms wage cuts and unsafe working practices forced on them.

One thing is clear from the last 20 years of the NHS - we can’t trust politicians with it.

That’s why our policy on health is to make sure it is free not just as in price, for users, but free as in the freedom to get on and care for the nation without constant interference from the differing ideologies of the political class.

In power, we would;

It would take just a single term of a Something New government to transform the NHS into an independent service, freed from the constant meddling of politicians pushing their own agenda.

Read more about our health policies on our open, crowd-sourced manifesto.