Lichfield To Get a New Kind of Politics 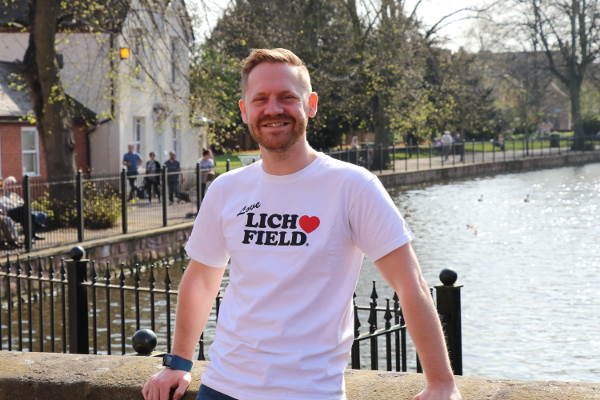 6th April 2017 - Lichfield, Staffordshire - In May, a local man is hoping to bring a new kind of politics to Staffordshire by running for election to Staffordshire County Council. Philip John is presenting voters with an alternative to the usual choices when he stands for the party he co-founded, Something New.

On 4th May, those of voting age get to choose who their Staffordshire county councillor is, and their job is to listen to the people of Staffordshire, understand their wants and needs, and translate into governance in a meaningful way on matters like local healthcare, schools, and transport.

Phil and Something New combined share a passion for openness and accountability which will make Phil the most transparent councillor, using the internet especially to publish everything about his campaign and his activities as a councillor. Detailing his plans, he said, “I’m going to be using my blog and social media to publish every single detail about my campaign, and should I be elected I’ll be publishing everything about my activities as a councillor too, something no other councillor has offered to do. All of my expenses will be published by me before the official release, and I’ll be approachable in multiple ways so that the people I represent know they can easily get in touch.”

“As part of Something New, I won’t be part of the ruling party nor the ‘official’ opposition, so I’ll be making a determined effort to scrutinise all the other councillors and their respective parties - fighting for Lichfield, and Staffordshire as a whole, to get fair treatment.”

“My first task will be battling to protect our public services. I’ll be opposing cuts forced on us by Westminster’s ruinous underfunding. No councillor should be implementing the ideological austerity agenda that is seeing our schools lose teachers, our communities lose libraries, and our health services ransacked for private profit. And while our public services are being cut, I’ll be opposing increases in council tax like the 3.95% rise the Conservatives forced on us all.”

“You won’t just hear from me around election time, either. As well as being approachable online I’ll be advertising my availability in Lichfield City centre on an almost weekly basis and I’m keen to make home visits to discuss any concerns or questions​ residents have.”

Something New will make our election campaign a collaborative one, through our crowd-sourced manifesto and crowd-funding campaigns to fund Phil and 3 other county council candidates. “We’re a small party, and we’re a new party, and we don’t have the billionaire backers of the mainstream parties, but we’re encouraging people who are fed up of the old system to start Something New by joining us for free, and help us give more people better choices.”

Phil has lived and worked in Lichfield for over 11 years. He’s long been involved in the local community, helping to run volunteer community news website Lichfield Live, spent several years helping to organise the famous Lichfield Fuse Festival, been an active participant of the Lichfield Chamber of Trade and Commerce, sat on the Lichfield Town Team, helped to lay the groundwork for the successful Lichfield Business Improvement District and helped many other local projects, such as We Love Lichfield, through his expertise as a web developer. When not working from home or in one of Lichfield’s many lovely cafes, Phil enjoys craft beer, mountain biking on Cannock Chase and days out with his two children.

A relatively small political party, Something New was founded in 2015 by the contributors to a web-based political manifesto project that crowdsources its policy. The party stood two candidates in the 2015 general election, outcompeting other small parties, and is now standing 4 candidates in 4 different counties this May.

All press enquiries should be directed to [email protected].