The Transfer of Power 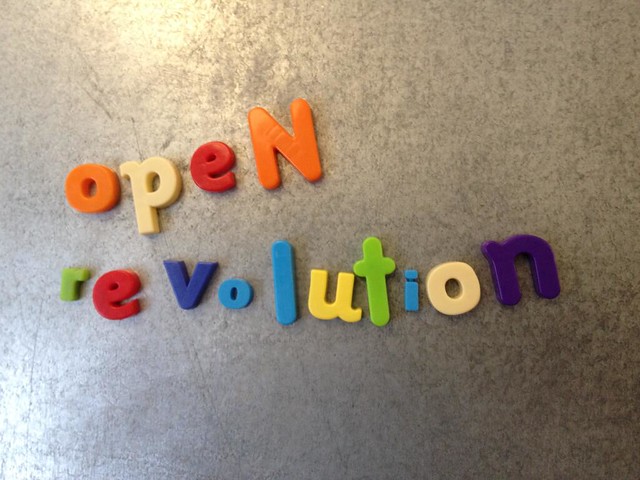 New ideas and technology allow us to share power more widely, but established power structures will never voluntarily give it away. That’s why Openness isn’t neutral; instead it’s a new political movement for the networked age.

The history of humanity is the history of power. Who has it, who wants it, and who takes it. Whether it’s kings and queens, feudal lords, rich industrialists, or military dictators, in general rulers don’t want to give away their power.

The slow path towards democracy is about spreading that power between more and more people, and it’s been littered with wars, revolutions and violence. Fortunately we are at a point where we can transfer power nonviolently, but it’s still a struggle.

Today’s politics is the politics of the industrial revolution; of the old feudal lords, allied with capitalists, ranged against the more widespread power of workers, and all bound up in a set of powerful institutions on every side.

It’s still “us vs them”, but I think there’s a new way enabled by the network, that’s just about the multivaried “us”, and how we decide together. Rather than picking a team, we embrace openness, collaboration, and different viewpoints. Rather than being obsessed with winning, we seek consensus.

But importantly, though it rejects the current teams of our political games, it’s not a neutral stance. It is in fact an entirely new way of looking at how we run things, and it’s just as political as capital vs labour.

Transparency, accountability, collaboration, openness; while existing power structures might pay lip service to these ideas, they will never truly accept them. Why would they? They have the power, why share it? Why would the old parties change anything that might end up hurting them?

That’s why openness is a political movement, and that’s why Something New exists. We’re a party just starting up, but we’re here to build that new force, and we know we can only do it together. Because that’s the whole point.